Coping with the destruction of personal faith.

Lacy was trying to escape the control of a community, and lifestyle, that held great personal meaning to her.

Conflicted about leaving the dogmatic, authoritarian belief system she grew up in, she wanted to make sense of the damage that had been done by indoctrination.

She had experienced chronic abuse in her harmful religion and was trying to sever her connection to her faith, but she had no idea how to go about it.

She was experiencing confusion, was unable to think critically and had negative beliefs about herself, and her ability to accomplish things.

As a perfectionist, Lacy couldn’t seem to make even simple decisions. She tended to view things as black and white, and this kept her stuck doing nothing.

Lacy lost friends and family members because of her decision to leave, and it also impacted her ability to be comfortable in social situations. Dating and sex seemed like an impossibility for her.

She was depressed, anxious, lonely, angry and without meaning.

The secular world was unfamiliar to her – it was deemed harmful to her. She felt like she didn’t belong and knew nothing about evolution, modern art, and current music.

Why was she like this? Lacy didn’t even know herself. She didn’t understand the authoritarian system she grew up with and the toxic messages she received from her religion. She didn’t see how those cognitive, social, moral and emotional developmental stages were arrested by the combination of authoritarianism and toxic theology.

Lacy was unable to think or feel with clarity. She was taught that she was a bad person who needed to be “fixed.”

She thought her life was out of her control.

She was taught that knowledge is revealed, not discovered. She trusted in the authority above her, because, in and of herself, she wasn’t capable of making reliable or good decisions.

But, she was taught she couldn’t fix those things about herself…she needed a bigger, more powerful, outside force to do it for her. She was taught to think about everything in relation to her faith’s rules and to make decisions based on those rules and beliefs. She was told it wasn’t right for her to feel depressed or sad or anxious because her belief system saw those feelings as a lack of belief.

Lacy had been emotionally and mentally abused by her belief system.

She was subjected to patriarchy, held the belief that sex was intended only for a man and a woman who are married, and was punished by herself or others when she stepped out of line.

The doctrines of eternal damnation and original sin caused her the most psychological distress by creating an ultimate double bind. She was both guilty and responsible, and she would face eternal punishment, but was powerless to do anything about it.

She was expected to conform to a mental test of “believing” in an unseen, external source for her salvation, and had to maintain this state of belief until death. She knew she couldn’t ever stop sinning altogether, so she had to constantly confess and be forgiven, hoping she’d met the criteria in spite of a complete lack of feedback about whether she, or anyone else would actually make it to heaven.

Lacy had discovered that salvation wasn’t a free gift after all. This resulted in a never-ending cycle of shame and relief.

She was suffering from Religious Trauma Syndrome.

Put a stop to the cycle of abuse.

Lacy called Parkside Psychotherapy. Leaving the faith was a “mixed blessing.” When she let go of her need to conform she experienced huge relief.

She was able to gain a sense of freedom, new-found self-respect, an excitement about information and new experiences, genuine (not system enforced) integrity, and the sense of a new identity emerging.

Lacy faced huge challenges as well. The psychological damage didn’t go away overnight. In fact, because the phobia indoctrination she’d experienced was so powerful, her fear of eternal damnation somewhat still remained despite a rational analysis of it.

She was able to recover from most of the damage to her self-esteem and basic self-trust, but it was a work in progress. She was one of the many thousands of walking wounded – people who have left harmful and fundamentalist religions and are living with Religious Trauma Syndrome.

What is Religious Trauma Syndrome (RTS)? 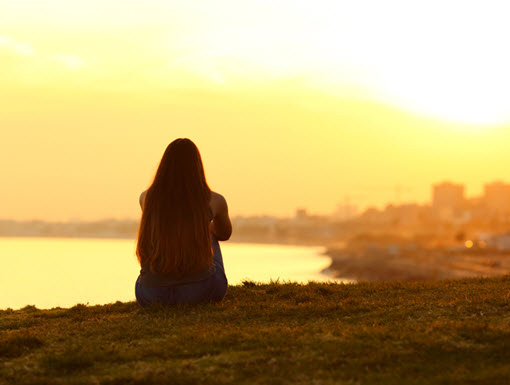 Many people, like Lacy, struggle to make sense of their life after losing their entire basis of reality. None of the previously named diagnoses quite tell the story, and many who try to get help can’t find a therapist who understands.

Our society assumes that religion is for the most part harmless or even good for you. Some therapists may even recommend spiritual practices as part of therapy.

Many therapists assume that if you no longer believe, you just stop attending church and put it in the same category as no longer believing in the tooth fairy or Santa. Or, they may view religious beliefs as childish, so you outgrow them, simple as that. In general, people who haven’t survived an authoritarian fundamentalist indoctrination don’t realize what a complete mind-rape it really is.

Don’t hide or be ashamed.

In this country, we value freedom of speech and assembly, our bill of rights, and freedom of religion.

This can make it very difficult to address a disorder like RTS without it being perceived as threatening. When you ask questions about toxic beliefs and abusive practices in religion you are violating an unspoken rule. If you point fingers you may be guilty of tampering with our fundamental freedoms.

Therein lies the problem – if you sanitize religion, you run the risk of making it all the more insidious when it’s toxic or harmful. Small children are naturally dependent on their caretakers and part of their survival depends upon trusting those in authority to simply survive. Religious beliefs take hold easily in their underdeveloped brains while those in authority maintain the control.

This is generational, and continues as the religious memeplex reproduces itself, and believers learn to value self-flagellation and dreading the impending apocalypse.

(Some information about RTS was used with express permission of Marlene Winell, Phd. author of Leaving the Fold)